CHRYSTA CASTA—EDA is a Texas trial attorney specializing in oil and gas disputes. She formed her own boutique law firm in 2014 after more than twenty years as a partner and associate in some of the world's top law firms.

LOREN C. STEFFY is a journalist and author of four other nonfiction books: Deconstructed: An Insider's View of Illegal Immigration and the Building Trades (with Stan Marek) (Stoney Creek Publishing, 2020), George P. Mitchell: Fracking, Sustainability and an Unorthodox Quest to Save the Planet (Texas A&M University Press, 2019), Drowning in Oil: BP and the Reckless Pursuit of Profit (McGraw-Hill, 2010) and The Man Who Thought Like a Ship (Texas A&M University Press, 2012). His first novel, The Big Empty, was published in April 2021. 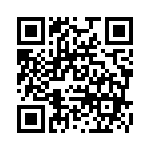