Jonathan Nicholas spent five years travelling the world before becoming a police officer in 1984. He served thirty years as a Constable in uniform at a busy inner-city Nottingham police station. 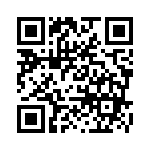