Mary Dearborn is the author of four books. She holds a doctorate in English and comparative literature from Columbia University, where she was Mellon Fellow in the Humanities. 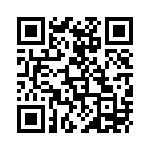