Georg Trakl was born to a family of wealthy industrialists in Salzburg. He proved a poor student and was unable to embark on the professional career his family intended for him. As a young man he grew increasingly morose, indulging heavily in hallucinogenic drugs and alcohol. He apprenticed himself to a pharmacist, a trade that guaranteed him easy access to drugs. In 1912 he received the patronage of Ludwig Flicker, which enabled him to devote much of his time to poetry. Trakl went on to publish two small collections of poems, Gedichte (Poems) (1913) and Sebastian im Traum (Sebastian in a Dream) (1914). In 1914 he joined the army. After the battle of Grodek, for which his last and most famous poem is named, Trakl was assigned to look after 90 badly wounded soldiers. Unable to help them, he experienced a mental breakdown. A short while later, he died of an overdose of cocaine, possibly deliberately. Trakl's poetry is narrow in range, though intense. His verse consists almost entirely of elegies and laments, in which mythic images are held together by slow yet pronounced rhythms. Trakl himself described poetry as an "imperfect penance" for "unabsolved guilt."Rilke wrote in a letter to Erhard Buschbeck, "In the history of the poem Trakl's books are important contributions to the liberation of the poetic image. They seem to have mapped out a new dimension of the spirit and to have disproved that prejudice which judges all poetry only in terms of feeling and content, as if in the direction of lament there were only lament---but here too there is world again. 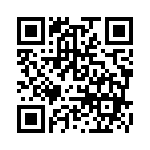