THE LADY IN THE LAKE | read 2020-12 Notwithstanding Ross Macdonald's criticism of Chandler for not using plot to deliver meaning, I'd argue Chandler does very well here: the theme of loneliness is ... Read full review

PULP STORIES | read 2017-10 As expected, apart from plot and scenes of confrontation, the lasting impression is of Chandler describing American society and the violence and greed underpinning a zero ... Read full review

Raymond Chandler (1888-1959) was one of the pioneers of hard-bolied detective fiction, a form he perfected in his celebrated Philip Marlowe novels, including The Big Sleep, The Lady in the Lake, and The Long Goodbye. 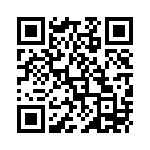