Mark Sanders is a Plains native--born, raised, and educated in Nebraska. His poems, stories, and creative essays have appeared in publications in the United States, Great Britain, Australia, and Canada, including Glimmer Train, Puerto Del Sol, Dalhousie Review, Prairie Schooner, Western American Literature, Ninth Letter, Shenandoah, and numerous others. Since 1977, he has authored a dozen or so chapbooks of poetry and prose, a collection of short fiction, and three collections of poetry. He has been nominated for Pushcart Prizes and received a notable mention in the 2009 Pushcart Anthology for a essay that appeared in Shenandoah; he also received acknowledgment as having written one of the 100 outstanding stories in 2007 in Best American Short Stories, edited by Stephen King. Also in 2007, he received the Mildred Bennett Award from the Nebraska Center for the Book for fostering Nebraska's literary heritage. He has taught in colleges and universities in Nebraska, Missouri, Oklahoma, Texas, and Idaho. 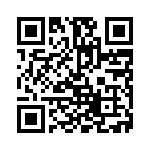