Nick Yapp spent his first night in France in a hay barn near Calais docks in 1961. Since then he has loved the French for their music, wine, space, and those purple onions you cant get in England. He fears their driving and is bewildered by the speed at which they speak.
When he sits outside a cafe in the centre of a small French town on a sunny day, nerves jangling from the first sip of hot, strong coffee, watching the world go by, he feels he has somehow made a success of his life. When he gets the bill and sees what this success has cost him, a little of the euphoria evaporates - but he returns the next day.
He used to be a teacher, but escaped to become a writer and broadcaster. In his dreams he lives in a beautiful Basque villa on the clifftops south of Biarritz. In reality, he lives in Catford.
Michel Syrett, French on his mother's side, studied in Paris and visits France regularly as a business commentator, lecturer and journalist. He claims that his French is better than it might otherwise be because, in order to hold his own in French business circles, he has to eulogise about the perfect style with which the Nuits St George cohabits seductively with the 'microbes' of the fromage while making a seriously intellectual evaluation of the pate de fois gras. This is a pleasure, naturally, since being French in his soul, he values food as a spiritual experience. 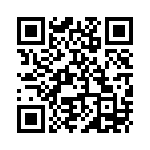