Camilo Jose Cela, 1916 - 2002 Camilo Jose Cela was born on May 11, 1916 in Iria Flavia, district of Padron, Province of Coruiia. He is a Doctor Honorus Causa at Syracuse University in the U. S., Birmingham University in Britain, John F. Kennedy University in Argentina, Palma de Mallorca, Santiago de Compostela, the Interamericana University in Puerto Rico and the Hebrew University of Jerusalem. Cela is a former professor at the University de Mallorca and a member of the Real Academie Espanola, He is also a member of the Hispanic Society of America, the Society of Spanish and Spanish-American Studies and the Academie du Monde Latin. Cela is an honorary member of the Real Academie Gallega, the Real Academie de Buenas Litras, the Real Academie de Bellas Artes de San Sebastian, the American Association of Teachers of Spanish and Portuguese, the Cultural Institute Israel-Ibero-American, Spain and Portugal. Cela received an honorary postman position as well as an honorary doctorate in forensic medicine. He was a Senator by Royal appointment to the constituent assembly from 1977 to 1978. He is an Honorary Citizen of the State of Texas and founder and director of the journal, "Papeles de Son Arnedans" which ran from 1956 to 1979. Cela won the Nobel Prize for Literature in 1989. His best known work is "La Familia de Pascual Duarte," published in 1942. Camilo Jose Cela died in 2002. 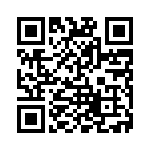