Andrew Coe is a writer and independent scholar living in Brooklyn, New York. His many books include Chop Suey: A Cultural History of Chinese Food in the United States (Oxford, 2009) and Ear Inn Virons , a History of the New York Landmark and its Neighborhood (Odyssey, 2003). He is also a contributor to the Encyclopedia of American Food and Drink (Oxford, 2004 and 2012) and writes the "Good Bread" column for Serious Eats New York. 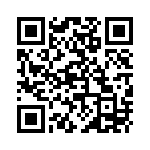