This is the antidote to Orlando Figes 'Natasha's Dance'. Knobloch draws the connections that Figes seems to suggest, but finally avoids making, between the Asian aspects of Russian cultural and economic history and the form taken by Soviet Communism. He has a huge axe to grind, he is not fond of the Russian way of doing things, but he writes so clearly that he always lets you know exactly where he's coming from. Right from the outset we see him using a very high proportion of quoted material: although he is clearly selective, he also sometimes uses a quote against his own argument so as to knock it down with a stronger one. We see him mounting his case as if in a court of law. Once again, this is so explicit that the reader feels honestly dealt with. It is a case both against European delusions about Russia, and against Russian self-delusions and in particular the construction of the myth of Kievian Russia as a Christian civilsation which would form the cultural paradigm for Muscovy and then the Empire.

63 other sections not shown

Edgar Knobloch is uniquely qualified for this work. A graduate in Law and Economics, he has studied the History of the Middle East and Arabic, speaks fluent Russian, dabbled in Turkish and Persian. In more than 30 journeys he has visited all Middle Eastern countries from Yemen to Xinjiang, China, as well as Russia. His works include, among others, The Art of Central Asia, Beyond the Oxus, Monuments of Central Asia, and Archaeology and Art of Afghanistan. He has also made translations of several medieval travelogues, including those of Carpini, Rubruck, and Clavijo. He lives in France. 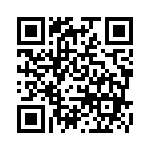