Rosanne Klass spent several years teaching in Afghanistan during the 1950s, which became the basis for this book. She returned as a journalist for the New York Times and established the Afghanistan Information Center at Freedom House during the Soviet - Afghan war. She also co-authored and edited Afghanistan - the Great Game Revisited, which is the standard reference on that war. She lives in New York City. 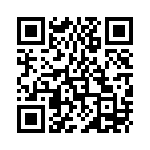