Rowan Stewart's passion for Central Asia began in 1992, when she spent six months in the region as a tour guide, and deepened as an independent traveller. In 1993, she bicycled 1,120 miles along the Karakorum Highway from near Urumqi, China to Islamabad, Pakistan. In recent years she has made several trips to Kyrgyzstan and neighbouring countries in former Soviet Central Asia and has spent three years working for the region in the tourist industry. She lives in Bristol. Susie Weldon is an experienced journalist who has worked for newspapers in England and Hong Kong. Over the past 15 years, she has travelled extensively throughout the Middle East and Asia. She lives near Bristol. 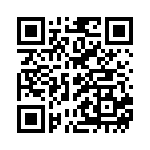