Lucy Cavender went to Beijing as a student in the mid-1980s and then moved there with her family in 1997 and stayed there for ten years. Her photographic subjects include many well-known writers, artists and, of course, Beijingers. She is based in London. 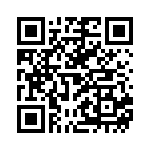