Bijan Omrani attended Lincoln College, Oxford. His first book, Ticking Tom and the Tornado, was published when he was 10 years old, which he followed with contributions to The Spectator as an undergraduate. His research interests include Euripides, mysticism, Henry Purcell and the history of the Afghan-Pakistan frontier. He is the author and editor of various works on Central Asia including Asia Overland: Tales of Travel on the Trans-Siberian and Silk Road (Odyssey Books & Guides), and also a Fellow of the Royal Asiatic Society and the Royal Geographical Society. He teaches Classics at Westminster School.

Matthew Leeming was educated at Trinity College, Oxford. He has written onAfghanistan for the Times (London), Sunday Telegraph, Spectator, and the LiteraryReview. He is based near Winchester in southern England and travels often toKabul. 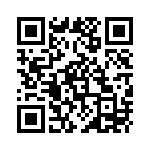