Very Interesting, a lot of action, which I usually don't like, but it was well done. Interesting story line, genetic altering on animals and humans. The end of the book has some interesting follow ups as to the reality of those types of experiments. Read full review

As the story opens we are in Louisana in the wake of a hurricane. Research veterinarian, Dr. Lorna Polk, is collected from her workplace by a Border Patrol helicopter and ferried out into the ... Read full review

James Rollins (nee James Czajkowski) was born in Chicago, Illinois on August 20, 1961. He received a doctorate in veterinary medicine from the University of Missouri in 1985. After graduation, he started his veterinary practice in Sacramento, California. His first novel, Subterranean, was published in 1999. His other works include the Sigma Force series, the Jake Ransom series, and Indiana Jones and the Kingdom of the Crystal Skull. He also writes the Banned and the Banished series and The Godslayer Chronicles under the name of James Clemens. James Rollins co-authors the new Tucker Wayne series with Grant Blackwood. The first book in the series, The Kill Switch, made the New York Times bestseller list in 2014. Rollins title, Bone Labyrinth, a story in the Sigma Force Novels Series, made the New York Times bestseller list in 2015. 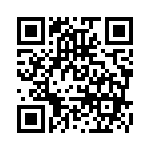