Stig Jarle Hansen is an associate professor of international relations and head of the International Relations Department at the University of Life Science, Norway. He specializes in the geopolitics of the Middle East and the Horn of Africa, as well as war economies and the links between religion and politics. His research has been published in such journals as the The Review of African Political Economy and Studies in Conflict and Terrorism, and he frequently appears as a commentator for the BBC, Al Jazeera, CNN, and China's Channel 4. Hansen is coeditor of The Borders of Islam: Exploring Samuel Huntington's Faultlines, from Al-Andalus to the Virtual Ummah. 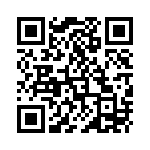