I really enjoyed this book! I have read and liked this author’s work before so I thought that would give this book a try. I was hooked by this story from the start and couldn’t wait to see what would ... Read full review

#FirstLine ~ Kirsten North was doing what she normally did when Henry was gone on a business trip: finishing her own work on her laptop on the couch, ordering in Chinese food from the place Henry didn ... Read full review

Jeff Abbott is the New York Times bestselling author of nineteen novels. He is the winner of an International Thriller Writers Award (for the Sam Capra thriller The Last Minute) and is a three-time nominee for the Edgar Award. A former President of Mystery Writers of America, he lives in Austin with his family. You can visit his website at JeffAbbott.com. 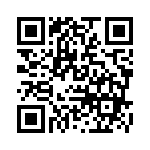