Conn Iggulden is a British fiction writer, born in 1971. He studied at English at the University of London. Iggulden headed the English Department at St. Gregory's Roman Catholic School in London and taught English there for seven years. He left teaching to write his first novel, The Gates of Rome. Iggulden has also co-authored the #1 New York Times bestseller, "The Dangerous Book for Boys". His title Trinity is the second of the series of books covering the Wars of the Roses, when the English noble families were at war with each other. Book 4, Ravenspur: Rise of the Tudors, was released in May 2 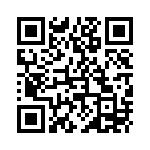