Teenage Carrie shows all of the most irritating traits of grown-up Carrie with very few of the redeeming features. She's an egocentric, entitled brat prone to cheesy puns and wordplay. I really liked ... Read full review

A fun summer read. I read the first few pages one day, then read the rest of the book one afternoon. Picking up shortly where the first book left off, Carrie has arrived in New York and is heading off ... Read full review

Candace Bushnell was born in Glastonbury, Connecticut on December 1, 1958. She attended Rice University and New York University. She worked as a freelancer and wrote pieces about women, relationships and dating for Mademoiselle, Self Magazine, and Esquire. In 1993, she began writing for the New York Observer and in November 1994, she created the column Sex and the City, which ran in the New York Observer for two years. The column was turned into a book in 1996, became a hit television series, and a blockbuster movie. She is also the author of 4 Blondes (2000), Trading Up (2003), Lipstick Jungle (2005), One Fifth Avenue (2008), The Carrie Diaries (2010), Summer and the City (2011), and Killing Monica (2105). She received the 2006 Matrix Award for books and the Albert Einstein Spirit of Achievement Award. 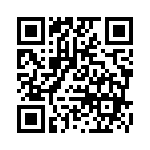