Bernard Edward Joseph Capes (1854-1918) was a prolific Victorian author who published more than 40 books - romances, ghost stories, poetry and history - and won awards in England and America. He is best remembered as an accomplished writer of horror stories in the vein of M.R. James, and has the distinction of writing the first detective novel commissioned and published by Collins - The Skeleton Key in 1919, whose enormous success (8 different editions in 10 years) paved the way for a century of crime books. It was his only crime book, as Capes died in the influenza epidemic on 2 November 1918 before The Skeleton Key was published. A plaque commemorating his life is in Winchester Cathedral, near where he lived. 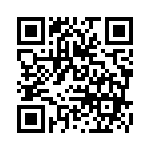