This was a great book, the events, which I won't be specific cz I don't want to be a spoiler completely surprised me. Anyone who likes unexpected endings should read this book. Read full review

Sarah Strohmeyer is a bestselling and award-winning novelist whose books include The Secrets of Lily Graves, How Zoe Made Her Dreams (Mostly) Come True, Smart Girls Get What They Want, The Cinderella Pact (which became the Lifetime Original Movie Lying to Be Perfect), The Sleeping Beauty Proposal, The Secret Lives of Fortunate Wives, Sweet Love, and the Bubbles mystery series. Her writing has appeared in numerous publications, including the Cleveland Plain Dealer and the Boston Globe. She lives with her family outside Montpelier, Vermont. 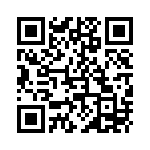