Originally seen on Emily Reads Everything Bad Kid Cover Bad Kid: A Memoir on Growing up Goth & Gay in Texas By David Crabb Publication date: May 2015 This isn't my normal kind of book. I don't read ... Read full review

Reflections on growing up goth and gay in Texas at the dawn of the 1990s—based on the author's one-man show. As a gay teenager in Texas, writer and performer Crabb suffered the abuse of having his ... Read full review

David Crabb is a performer, writer, teacher, and storyteller in New York City. He is a Moth StorySLAM host and three-time Moth Slam winner. His solo show Bad Kid was met with critical acclaim from the New York Times, Flavorpill, NY Metro, and many others, and named a New York Times Critics' Pick. 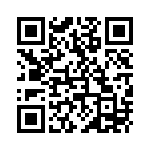