It is difficult but eloquent. It is different and meaningful. It certainly deserves a detailed second reading Read full review

Hyman P. Minsky, Ph.D., was an American economist who studied under Joseph Schumpeter and Wassily Leontief. He taught economics at Washington University, University of California--Berkeley, Brown University, and Harvard University. Minsky joined the Jerome Levy Economics Institute of Bard College as a distinguished scholar in 1990, where he continued his research and writing until a few months before his death in October, 1996. His two seminal books were Stabilizing an Unstable Economy and John Maynard Keynes. 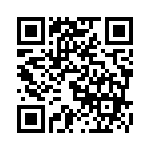