It took a while for this one to get going - character, rather than plot, driven. Set in England during the Cold War of the 1960s, this story is told through the eyes of three characters - brash Giles ... Read full review

At the height of the Cold War in 1960, Britain is suspicious and seemingly threatened by Soviet spies attempting to pass on secrets about defence capabilities. This sets the backdrop for ‘Exposure’ as ... Read full review

Helen Dunmore is the author of fourteen novels. Her first, Zennor in Darkness, explored the events which led to D H Lawrence's expulsion from Cornwall (on suspicion of spying) during the First World War. It won the McKitterick Prize. Her third novel, A Spell of Winter, won the inaugural Orange Prize, now the Bailey's Prize for Women's Fiction. Her bestselling novel The Siege, set during the Siege of Leningrad, was described by Antony Beevor as 'a world-class novel' and was shortlisted for the Whitbread Novel of the Year and the Orange Prize. She has also written a ghost story, The Greatcoat, under the Hammer imprint.

She is fascinated by the Cold War era, which was also the era of her childhood, and is the setting for Exposure, and by the secrets, betrayals, loves, lies and loyalties which make up the period's intimate history.

Helen Dunmore's work has been translated into more than thirty languages and she is a Fellow of the Royal Society of Literature. 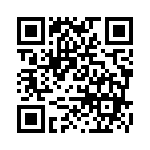