Joe Uhl has been a professor of food marketing at Purdue University since 1966. He was born in Lima, Ohio in 1939. He teaches agricultural and food marketing classes, including the class that uses this text. He also counsels students and does research in food marketing. He served on the staff of the National Commission of Food Marketing in 1966, and he has lectured widely in Eastern Europe. He began collaborating with R. L. Kohls on this book in 1980. Professor Uhl has won both student counseling and teaching awards, the most recent for Distinguished Undergraduate Teaching from the American Agricultural Economics Association in 1989. 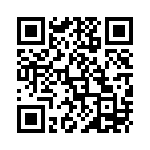