I don't see how a book abut the Balkans can be taken seriously that doesn't mention Rebecca West's Black Lamb and Grey Falcon. Not that that is an infallible book, but as a reference point it seems indispensable. Read full review

Just finished this and not sure what to make of it. I enjoyed it, it was interesting but in the end it just left me empty. I am not sure that there was really any point and the conclusion I did draw ... Read full review

Simon Winchester was born in London, England on September 28, 1944. He read geology at St. Catherine's College, Oxford. After graduation in 1966, he joined a Canadian mining company and worked as field geologist in Uganda. The following year he decided to become a journalist. His first reporting job was for The Journal, Newcastle upon Tyne. In 1969, he joined The Guardian and was named Britain's Journalist of the Year in 1971. He also worked for the Daily Mail and the Sunday Times before becoming a freelancer. He is the author of numerous books including In Holy Terror, The River at the Center of the World, The Alice Behind Wonderland, The Professor and the Madman: A Tale of Murder, Insanity, the Making of the Oxford English Dictionary, and.Exactly: How Precision Engineers Created the Modern World. In 2006, he was made an Officer of the Order of the British Empire for services to journalism and literature. 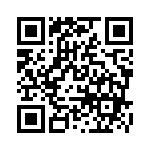