Dave Peltzer’s Help Yourself for Teens is a useful and touching self-help book for young adults. The book begins by setting the stage: To deal with the future, you must first deal with the past. Part ... Read full review

A former air force aircrew member, Dave proudly served in th e USAF for more than thirteen years. He played a major role in Operations Just Cause, Desert Shield, and Desert Storm. Dave was selected for the unique task of midair refuelling of the once highly secretive SR-71 Blackbird and the F-117 Stealth Fighter. While serving in the air force, Dave worked in juvenile hall and other programs involving 'youth-at-risk' throughout California. Dave is the author of four other inspiration books- A Child Called 'It,'which has been on the New York Timesbestseller list for more than five years; The Lost Boy, which has been on the same list for more than four years; and A Man Named Dave, a bestseller for nearly two years. Dave's latest book, Help Yourself, was also an instant New York Timesbestseller. Dave's books have been on the bestseller list for more than eleven years combi ned. Dave's future works may include a tome entitled My Wife's Life- One Husband's Quest to Understand the Complexities of the Married Female Psyche 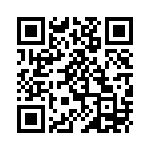