Mad about the Boy

Readers may be tempted to start laughing before they even open Maggie Alderson's latest book Mad about the Boy. From her track record of seriously witty works, you'd be forgiven for expecting anything ... Read full review

This is a very fun book as an audio book. There were parts I laughed out loud. If you want a fun beach book, this is it. Read full review

Maggie Aldersonwas born in London, brought up in Staffordshire and educated at the University of St Andrews. She has worked on nine magazines - editing four of them, including British ELLE- and two newspapers. For many years she covered the international fashion shows.

She is married, and has one daughter and twelve pairs of Prada shoes.

'At last we've found her, the female Seinfeld. Warm, witty, wise and well-dressed, Alderson is the haute couture of humour.' - Kathy Lette 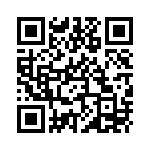