Salvo in love is not what I signed up for. The mystery isn't terribly interesting, Commissario Montalbano has a bad meal and loses his appetite a couple of times, leaves meals unappreciated. Nope. And a late 50s early 30s attraction is unappealing. Not to mention all the job insanity. Read full review

My favorite so far. A yacht brings in a man found in a dingy at the harbour entrance. Montalbano's investigation gets help from a young female officer in the Harbour Patrol. Salvo actually tries to ... Read full review

Andrea Camilleri is the bestselling author of the popular Inspector Montalbano mystery series, as well as historical novels that take place in nineteenth-century Sicily. He lives in Rome.

Stephen Sartarelli (translator) is an award-winning translator and poet. He lives in France. 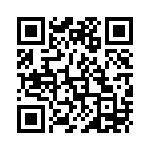