This story contains several extremely detailed scenes of torture and violence. It is not for the squeamish or individuals with a weak stomach or vivid imagination. The focus of this story is the ... Read full review

This book brings back A. Shaw, Katie James and Frank Wells from The Whole Truth plus adds a new set of characters. The agency Shaw works for and the group that Reggie works for are both going after ... Read full review

David Baldacci was born in Richmond, Virginia on August 5, 1960. He received a Bachelor of Arts degree in political science from Virginia Commonwealth University and a Juris Doctor from the University of Virginia. He practiced law in Washington D.C. as a trial and corporate lawyer. His first novel, Absolute Power, was published in 1996. It won Britain's prestigious W.H. Smith's Thumping Good Read award for fiction in 1997 and was adapted as a movie starring Clint Eastwood. His other works include Total Control, The Winner, The Simple Truth, Saving Faith, True Blue, One Summer and End Game. He writes numerous series including King and Maxwell, Freddy and the French Fries, the Camel Club, Will Robie, Shaw and Katie James, John Puller, Vega Jane, and Amos Decker. He also published a novella entitled Office Hours and has authored five original screenplays. 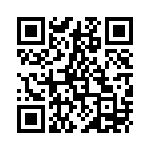