The book Jacket says, "The Lived Past is never really past." Barbara Taylor has written the story of her past - 'a memoir of madness' as she calls it. One cannot but feel compassionate towards her ... Read full review

Barbara Taylor's previous books include an award-winning study of nineteenth-century socialist feminism, Eve and the New Jerusalem; an intellectual biography of the pioneer feminist Mary Wollstonecraft; and On Kindness, a defence of fellow feeling co-written with the psychoanalyst Adam Phillips. She is a longstanding editor of the leading history journal, History Workshop Journal, and a director of the Raphael Samuel History Centre. She teaches History and English at Queen Mary University of London. 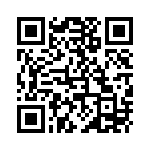