Too much self-important meta-narrative, and not enough travel writing. Theroux generally did not enjoy his trip, with the exception of a stay at a luxury safari lodge. There's none of his humor. I ... Read full review

A depressing account of South Africa, Namibia, and Angola. Somewhat repetitive, but well worth reading for a interesting prospective on modern Africa. Read full review

Paul Theroux was born in Medford, Massachusetts, in 1941, and published his first novel, Waldo, in 1967. He wrote his next three novels,Fong and the Indians, Girls at Playand Jungle Lovers, after a five-year stay in Africa. He subsequently taught at the University of Singapore, and during his three years there produced a collection of short stories,Sinning with Annie, and highly praised novel Saint Jack.His other publications include The Black House(1974), a novel; The Great Railway Bazaar- By Train Through Asia (1975), an account of his journey by train from London to Tokyo and back; The Family Arsenal(1976); The Consul's File(1977); Picture Palace(1978; winnner of the Whitread Literary Award); A Christmans Card(1978; The Old Patagonian Express(1979); World's End and Other Stories(1980); London Snow(1980); The Mosquito Coats, which was the Yorkshire PostNovel of the Year for 1981 and the joint winner of the James Tait Black Memorial Prize;The London Embassy(1982); The Kingdom by the Sea(1983); Doctor Slaughter(1985);Sunrise with Seamonsters(1985); The Imperial Way (1985);O-Zone(1986); Riding the Iron Rooster(1988); My Secret History(1989) and ChicagoLoop 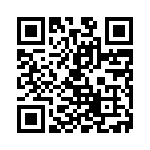