Jay Rubin (editor) is a translator and scholar who has translated several of Haruki Murakami's major works, including Norwegian Wood and The Wind-Up Bird Chronicle, as well as Natsume Sōseki's The Miner and Sanshirō and Ryūnosuke Akutagawa's Rashōmon and Seventeen Other Stories. He is the author of Making Sense of Japanese, Haruki Murakami and the Music of Words, and a novel, The Sun Gods. He has taught at Harvard and lives in Seattle.

Haruki Murakami (introducer) is one of Japan's most admired and widely read novelists, whose work has been translated into more than fifty languages. His more than twenty books include The Wind-Up Bird Chronicle, Kafka on the Shore, Norwegian Wood, and Killing Commendatore. Among his many international honors is the Jerusalem Prize, whose previous recipients include the Nobel Prize winners J. M. Coetzee and V. S. Naipaul. Born in Kyoto in 1949, Murakami now lives near Tokyo. 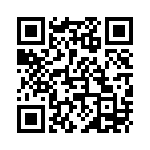