It really is that good. I also suspect the difficulty is over-stated; it's certainly more difficult than, say Buddenbrooks, but most of the novel is quite straightforward. Then there are passages of ... Read full review

Why "Malina" Has no Message for Feminists The English translation of "Malina" ends with an academic essay, intended to explain the book's cultural and historical references, and also to help readers ... Read full review

Ingeborg Bachmann (1926-1973) was an icon of postwar literature in Europe. A poet and a philosopher, she wrote radio plays, short stories, essays and a single novel universally recognized as her masterwork, Malina.

Born in 1926 in Klagenfurt, Austria, Bachmann was the daughter of a Nazi party member. She rose to prominence in the 1950s with two collections of poems that grapple with what she considered to be the jarring dissonance of writing poetry in German "after Auschwitz". She steadily produced poetry and philosophical essays, as well as co-writing two operas and a ballet, and becoming politically involved with Heinrich Boll, Gunter Grass and Uwe Johnson against the Vietnam War. She was the constant subject of interviews, documentaries, and dissertations, and featured the front covers of Der Spiegel. She won all the major German and Austrian literary awards, including the prestigious Georg Buchner prize. But she was a naturally shy person and, sick of the sustained attention to her life and work, she left Austria for Ischia, then Naples, then Munich, Zurich, Berlin and finally Rome. In her final years she became dependent on alcohol and sedatives; she died in a fire in her bedroom in 1973, which police concluded was caused by a lit cigarette.

Since her death she has been recognized as a significant influence on such writers as Günter Grass, Max Frisch, Christa Wolf, and Peter Handke. The annual Ingeborg Bachmann Prize is one of the most important awards for literature in the German language. 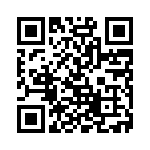