Kyril Bonfiglioli was born on the south coast of England in 1928 of an English mother and Italo-Slovene father. After studying at Oxford and five years in the army, he took up a career as an art dealer, like his eccentric creation Charlie Mortdecai. He lived in Oxford, Lancashire, Ireland and Jersey, where he died in 1985. He wrote the three Mortdecai novels, a fourth historical Mortdecai novel (about a distinguished ancestor), and left a fifth unpublished at his death - later completed by Craig Brown under the title The Great Mortdecai Moustache Mystery. All are published by Penguin. 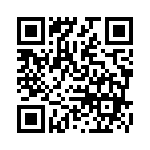