James Voorhies is a curator and art historian of modern and contemporary art. He is Dean of Fine Arts and Associate Professor at California College of the Arts in San Francisco. 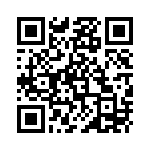