David Carrier is Professor of Philosophy at Carnegie Mellon University. His previous titles published by Penn State Press are Principles of Art History Writing (1991), Poussin's Paintings: A Study in Art-Historical Methodology (1993), and The Aesthete in the City: The Philosophy and Practice of American Abstract Painting in the 1980s (1994). 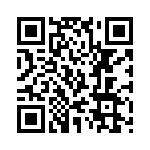