Yet another book making the redudant (and unnecessary) argument that comics are a valid art form. Read full review

David Carrier is Professor of Philosophy at Carnegie Mellon University. He is the author of many books, including Principles of Art History Writing (1991), The Aesthete in the City: The Philosophy and Practice of American Abstract Painting in the 1980s (1994), and High Art: Charles Baudelaire and the Origins of Modernist Painting (1996), all from Penn State Press. 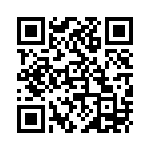