Interesting. This felt a lot more cohesive and polished than some of the other stuff I've read by Murakami. I wish I could learn more about the characters, but it was interesting to have this fleeting ... Read full review

A typical Murakami book, with chance encounters and strange occurrences. His language never fails to create a dreamlike mood, where we have to flip the light switch continuously, in order to determine ... Read full review

Haruki Murakami was born in Kyoto in 1949 and now lives near Tokyo. His work has been translated into thirty-eight languages. The most recent of his many honors is the Franz Kafka Prize. 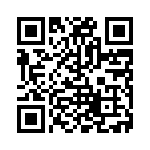