Interesting perspectives from locals in New Orleans after Hurricane Katrina. I didn't feel there was as much depth as there could have been (as I have found to be the case with other historical/biographical graphic novels), but I did enjoy it. Read full review

Hurricane Katrina devastated New Orleans on August 29, 2005. In this graphic the author depicts the horrors of this event through the first-hand experiences of seven people who lived there while they ... Read full review

Josh Neufeld is the writer/artist of the Xeric Award-winning graphic travelogue A Few Perfect Hours (And Other Stories from Southeast Asia & Central Europe). Shortly after Hurricane Katrina, Neufeld spent three weeks as an American Red Cross volunteer in Biloxi, Mississippi. The blog entries he kept about that experience turned into a self-published book, Katrina Came Calling, which in turn led to A.D. Neufeld works primarily in the realm of nonfiction comics. His work has been featured in The Vagabonds, Keyhole, and Titans of Finance, as well as in numerous comics anthologies, newspapers, magazines, and literary journals. He is a longtime artist for Harvey Pekar's American Splendor, and his art has been exhibited in gallery and museum shows in the United States and Europe. Neufeld lives in Brooklyn, New York, with his wife, the writer Sari Wilson, and their daughter. 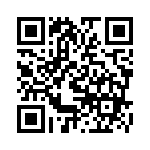