DAVID B. CHESEBROUGH is Assistant Chair, Graduate Faculty, Department of History at Illinois State University. He is the author of three previous books: God Ordained This War: Sermons on the Sectional Crisis, 1830-1865 (1991), No Sorrow Like Our Sorrow: Northern Protestant Sermons and the Assassination of Lincoln (1994), and Clergy Dissent in the Old South, 1830-1865 (1996). 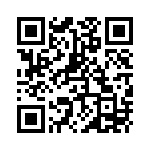