Robert J. Sawyer was born in Ottawa on April 29, 1960, but raised in Toronto. In 1980, while still in high school, Sawyer submitted a short story to the the Rochester Museum and Science Center, which was running a contest for light show ideas. Sawyer didn't win, but the Museum purchased his story Motive anyway and it ran for 192 performances. Sawyer went on to attend Toronto's Ryerson Polytechnical Institute, majoring in Radio and Television Arts. In September 1979, he had his first piece of fiction published at the end of his first year, in Ryerson's literary annual, White Wall Review. Sawyer graduated from Ryerson in 1982. Sawyer was hired back the following semester to teach television studio production techniques to second- and third-year students. In the four months interim, he worked for minimum wage at the local SF bookstore, spending all his earnings on books. From 1984 to 1992, while teaching, Sawyer also coordinated a social group of Toronto-area science-fiction writers founded by SF editor Judith Merril. He established a Canadian region of the Science Fiction and Fantasy Writers of America; and in 1998, served as that organization's president. Sawyer also retained freelance nonfiction writing contracts, writing articles for newspapers and magazines, press releases and brochures for corporations, newsletters for government departments. He churned out vast amounts of promotional materials and over 200 articles for computing and personal-finance magazines in a span of five years. But in that time, his only really significant publication was the novelette Golden Fleece, which appeared as the cover story in the September 1988 edition of Amazing Stories. The novel-length Golden Fleece was sold to Warner Books a year later in 1989. The sales of his first five books were uninspiring and Sawyer faced being dropped by his publisher. Sawyer decided to take the time to write a book, without a contract, take as long as necessary, and produce a blockbuster. He also wanted to tackle a controversial issue and deal with it head on. With that in mind, Sawyer wrote The Terminal Experiment, about abortion and the soul. His publisher rejected it on grounds of controversy. HarperPrism then bought the book and serialization rights were sold to Analog, the number-one best-selling English-language SF magazine. The Terminal Experiment went on to win the Science Fiction and Fantasy Writers of America's Nebula Award for Best Novel of 1995. His novel Frameshift was his first book published in hardcover, and was nominated for the Hugo Award, and won Japan's Seiun Award for best foreign novel of the year. 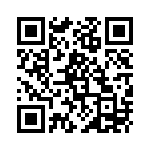