A novella set in the Axis of Time universe. Stalin seeks to ensure that the Soviet Union survives into the indefinite future. Soviet agents and agents of the West battle in the sewers of a divided Rome. Read full review

This is a short story that is clearly part of a bigger story. There is no conclusion to this novel and that is disappointing. This is just the opening part and that is frustrating. It's time line is ... Read full review

John Birmingham is the author of Angels of Vengeance, After America, Without Warning, Final Impact, Designated Targets, Weapons of Choice, and other novels, as well as Leviathan, which won the National Award for Nonfiction at Australia’s Adelaide Festival of the Arts. He has written for The Sydney Morning Herald, Rolling Stone, Penthouse, Playboy, and numerous other magazines. He lives at the beach with his wife, daughter, son, and two cats. 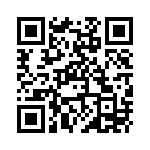