Echoes in Death is yet another re-read from a series I very much enjoy. Sometimes the mystery isn't as important to me as where Eve and Roarke are going, but this offering is one where the mystery ... Read full review

This one starts with the case finding Eve instead of being dispatched to the scene. She and Roarke rescue a woman wandering on the road covered in blood and find out her husband has been murdered. The ... Read full review 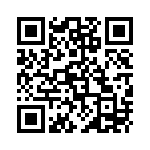