Abby Sher is a writer and performer whose work has appeared in The New York Times, The Los Angeles Times,Self, Jane, Elle, and Redbook. She is also the author of Breaking Free: True Stories of Girls Who Escaped Modern Slavery, Amen, Amen, Amen: Memoir of a Girl Who Couldn't Stop Praying, and Kissing Snowflakes. Abby has written and performed for the Second City in Chicago and the Upright Citizen's Brigade and Magnet Theater in New York. She lives in New Jersey with her family. 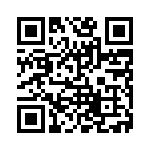