In Doll’s debut YA novel, there’s a lot of baggage packed into the story, and I don’t mean just that of unclaimed luggage It’s the story of three teenagers in Alabama who work together unpacking ... Read full review

I got an early copy of this book through a Twitter trade. What first drew me to the book was the unique, but somewhat similar plot: 3 different teens (each with different and slight dramas in their ... Read full review

Jen Doll is the author of the debut young adult novel, Unclaimed Baggage and the memoir Save the Date: The Occasional Mortifications of a Serial Wedding Guest. She's written for The Atlantic, Elle, Esquire, Glamour, GQ, New York Magazine, The New York Times Book Review, Vice, The Village Voice, The Week, and many other publications. She grew up in Alabama and lives in Brooklyn. 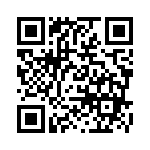