Three novellas, hooked together by a seemingly random grab bag of recurring names, objects and Turette-like spouting of Walt Whitman. The first piece is riveting, the second is OK and the third unfortunately, just doesn't work. Readable, but misses greatness. Read full review

Not my favorite by Cunningham. The first story really turned me off - i nearly gave up, but I knew I would have wondered about the others for a long time if I had, so I stuck it out. The second and ... Read full review

Michael Cunningham was raised in Los Angeles and lives in New York City. He is the author of the novels The Hours, A Home at the End of the World, Flesh and Blood, and By Nightfall. His work has appeared in The New Yorker and Best American Short Stories, and he is the recipient of a Whiting Writer's Award. He received the Pulitzer Prize for Fiction and the PEN/Faulkner Award for The Hours, which was a New York Times bestseller, and was chosen as a Best Book of 1998 by The New York Times, Los Angeles Times, and Publishers Weekly. He is a Professor at Brooklyn College for the M.F.A program. 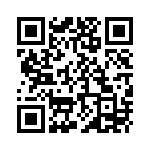