This biography details the rise of Sonia Sotomayor in American politics. From young budding lawyer to supreme court judge, Sotomayor made decisions that would shape her as a Latina role model. Don't ... Read full review

5387. Breaking In The Rise of Sonia Sotomayor and the Politics of Justice, by Joan Biskupic (read 28 June 2016) This is a 2016 book telling of Justice Sotomayor's life and career as a judge, and how ... Read full review

Joan Biskupic has covered the U.S. Supreme Court for more than twenty years and is the author of several books, including American Original: The Life and Constitution of Supreme Court Justice Antonin Scalia and Sandra Day O'Connor: How the First Woman on the Supreme Court Became Its Most Influential Justice. Biskupic is an editor in charge for legal affairs at Reuters News. Before joining Reuters in 2012, she was the Supreme Court correspondent for The Washington Post and for USA Today. A graduate of Georgetown Law, she is a regular panelist on PBS's Washington Week with Gwen Ifill. She lives in Washington, D.C., with her husband and daughter. 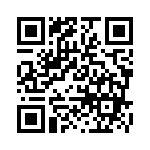