B. Traven (1882-1969) is the pen name of the most enigmatic writer of the twentieth century. His other aliases include Hal Croves, Traven Torsvan and Ret Marut. Born in Germany, Traven spent much of his adult life in Mexico. He once wrote, "I shall always and at all times prefer to be pissed on by dogs than reveal who I am." He has sold over thirty million books, in over thirty languages. Film adaptations of his work include The Treasure of the Sierra Madre, which won 3 Oscars, Macario, the first Oscar nominated Mexican film, and The Death Ship, a cult classic in Germany. He is a model for Archimboldi, the hero of Roberto Bolańo's 2666. 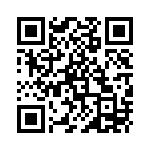