Every yogi, yoga teacher, and Yoga Teacher Training Academy needs to know about this book! In fact, I would also recommend this book to those who know very little about yoga and want to gather an overview. Daniel's experience as a yoga teacher, journalist, academic, and foreign correspondent has afforded ample opportunities for him to hone the art of condensing sometimes complex material down to the essentials. What I love about the book is that I can see, in one page, the truth about one aspect of Yoga at a time. I know that, should I wish to read the full texts relating to any of these informative overviews, there are easy to follow references I can return to. Daniel Simpson seem able to grasp and deliver the concepts in no-nonsense, engaging language and I wish I had been presented with this book during my Yoga Teacher Training! This is a do not miss book - what a gift!

Daniel Simpson teaches at the Oxford Centre for Hindu Studies, in teacher trainings around the UK, and at Triyoga in London. He is a graduate of Cambridge University and has a master's degree from SOAS University of London. 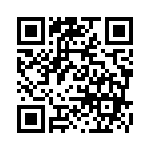